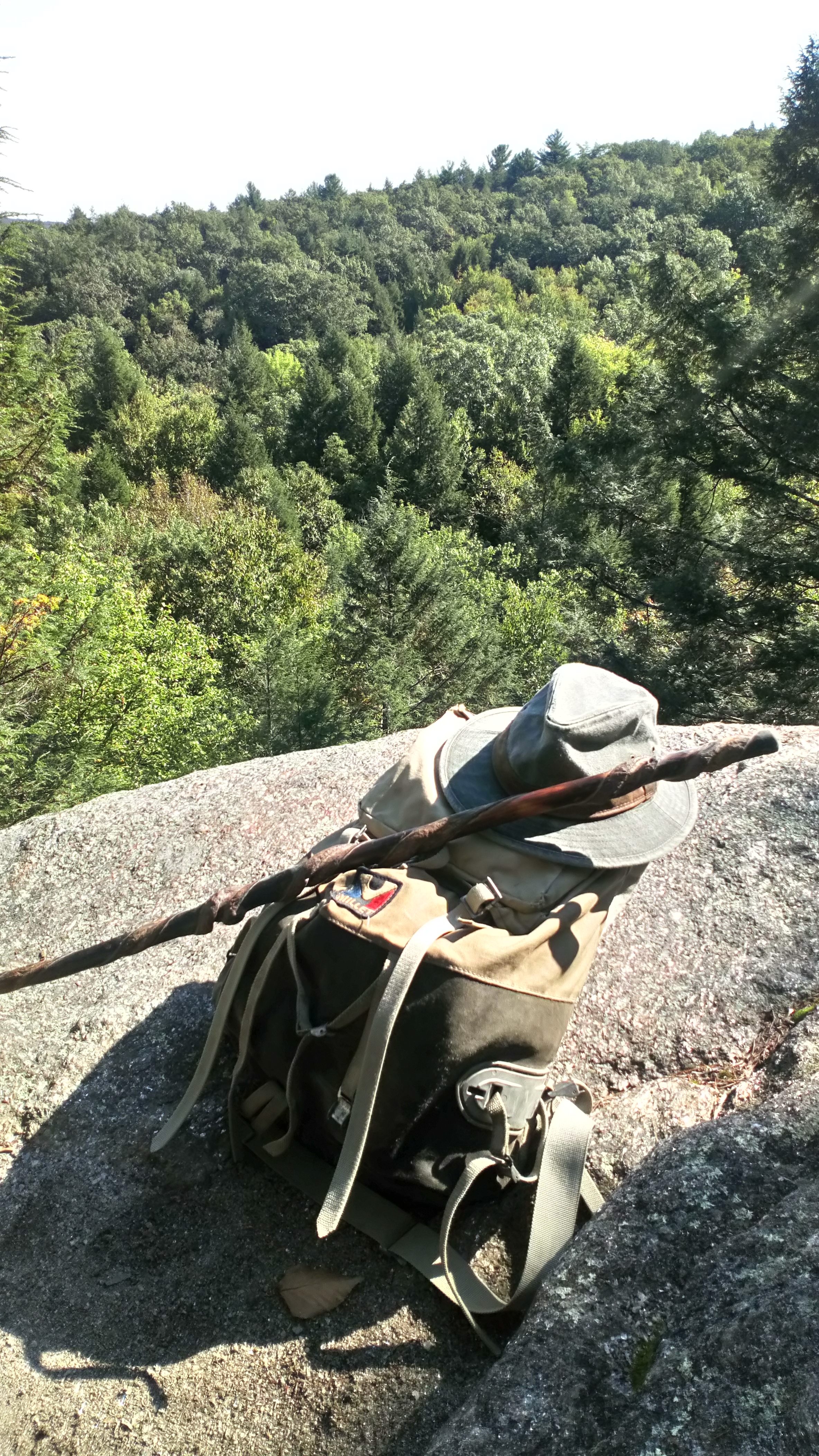 All in all, it was a difficult week, from the remarkably painful Kavanaugh hearings to my participation in many discussions on the issues, and being surprised all over again by the thoughtlessness, hate, greed and bigotry of my fellow Americans. It was worse for some I know, who relived their own sexual abuse through the story of Dr. Blasey Ford, and were stunned, as we all were, by the complete callousness of those to whom she told their story. Not to mention the childish tantrum of the perp attempting to assume the mantle of victimhood.

And then, my wife and I decided to finish the week by watching Fahrenheit 11/9, Michael Moore’s new movie about the state of the country and the threat that Trump and the Republicans pose to a democracy already cracked by the Democrats. By the time Saturday rolled around, I felt as if I had spent my week steeped in the worst humanity has to offer.

So I went to the woods and the mountains on Saturday, to reconnect with the Tao, the current that runs through everything. The good, the bad, the indifferent make no difference, it is all part of the same current. And I needed to touch that, plug in, tune out. So I grabbed my rucksack and a hiking stick, and went into the hills.

I had never been on this trail before, but it held promises of rocky promontories and wooded vistas, and it was, after all, a beautiful day. It was a mildly strenuous climb, some of it directly up large exposed slabs of rock, much of it through rocky trail gullied by years of runoff, but I soon found my ridge-climbing rhythm, not looking ahead or thinking how far I’d climbed, but focusing on each step, as it gave way to the next. Before I knew it, my 2.5 miles were over, and I stood on a slab summit, broken up just enough for good seating. It overlooked a valley through which a roadway ran, and I could hear the distant rush of the cars.

As I sat, a hawk came toward me, floating on thermals. He circled me three times, no more than 10 feet above my head, and moved off. I watched for a while, then lost track of him. I was gazing aimlessly at the rock in front of me, when his shadow crossed over me. I was startled, because his shadow was so much bigger than he was in person. I thought that a pterydactyl was about to land on me. I’m sure that the hawk instinctively knows this, and uses his shadow to freeze prey in fear as he drops down upon them.

I watched him as he passed overhead, thinking about how I would respond to him if he dropped on me as if I were prey. Not that I thought it would occur, but these are the sorts of mental puzzles I do as a martial artist, calculating my best response to a conflict situation. Kind of like mental sudoku for an aikido student.

I first thought of a maxim that I used as a theme when I taught class the other day. “Every attack creates a weakness.” However someone attacks, they open their own defenses in a way that you can exploit non-aggressively. The arm extended in a punch creates a rigid lever which can be used to move the attacker’s entire body. The hands reaching from behind to grab your arms or choke you creates the perfect position for a painful wrist-lock. The body rushing forward to grab you, gives you the momentum and balance you need for a throw.

In this situation, the hawk has multiple advantages. He is above me, and he can drop on me with precision and speed. What’s the opening here? To attack me, he has to give up his height advantage. He has to meet me on the ground level, and that’s bad for him. I can send my center of gravity seemingly deep into the earth while remaining flexible to his attack, keeping him where I have the advantage.

As I was imagining the Hawk vs. Man bout in my mind’s eye, my physical eye noticed a piece of the rock splitting off, and taking to the air as a beautiful butterfly. No, seriously, that’s what I thought I saw. Then I realized it was just clever camouflage. As soon as it fluttered back to the rock, it closed its brilliant black and yellow wings, and became almost invisible again.

I continued to sit on that rock, enjoying the sun and the clouds and the view, but had no other visitors for the next half hour. Well, none except a cricket, that Japanese sign of good luck that hopped next to me. He was only there for 20 seconds or so, but during that time I would swear that he looked at me and winked. If crickets could wink, that is.

Soon after, the clouds starting getting thicker, the air a bit cooler, and I knew it was time for me to go. I collected my things, threw them back in the rucksack, and headed back down the trail. I felt refreshed, having traded the world of selfish ambition for the natural world of unconscious beauty, for a while. And I had seen a path for my future, as the eternal stream winds its way through my life.