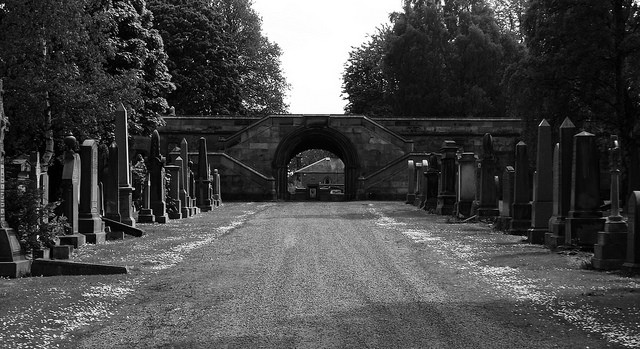 It was late November, and I was back in Ohio where I grew up. It was chilly and sunless, on top of a hill in a windy cemetery. The back of the hearse opened up, and we pallbearers took our places on either side of the casket, grabbing its rails as it came sliding out.

As the full weight fell on us, I remember thinking how unusually heavy it was — much heavier than the caskets I had carried previously. My brother’s weight had yo-yo’ed throughout his life, and he must have died when things were on the high side. We all staggered a bit, then mustered on to place my brother’s casket on the polished steel framework above his grave. I stepped back; it wasn’t until a day later that I realized how sad it was that I had enough experience to compare the weights of various caskets.

Those were the years in which my family was largely decimated. First was my father’s rapid demise, and then my mother, a slower process lasting the better part of a year; and, lastly, my brother, who went from healthy to dead in a week. We were never all that close, my brother and I, and we were fairly estranged at the time of his death. But plenty of his co-workers and several of his fellow football referees attended the viewing at the funeral home, and I could see that he had been a well-liked member of his communities.

Back at the cemetery, I put a shovel load of dirt on his now-lowered casket, and a short time later, was parking the rental car in the airport drop-off for my flight back to Connecticut. It was done. My family was gone. I was the last man standing.

As I hear others’ stories, I can hardly say that I’ve been unfairly treated, but it was during that time about fifteen years ago that death was a more frequent visitor in my life than I would have wanted. Even in middle age, I felt that I was a little young to have lost everyone.

But death is a teacher, and boy was I schooled. I learned most, I think from my mother’s death; in fact, I like to say that I learned everything I needed to know about living from watching her die.

The process — or, our knowledge of it — actually started when she visited us one summer. My wife noticed that her skin was a little yellow, as were her eyes. She mentioned that to my mother; “you ought to get that looked at when you get home,” my wife said.

So my mother did, and it was pancreatic cancer. A fast-growing killer, already beyond any hope of treatment. Her oncologist offered admittedly useless chemotherapy, my mother demurred, and they made a Hail Mary appointment for 2 months later. Neither assumed that she would be there to show up for it. He wished her the best, and they parted.

With nothing but palliative care, my mother extended that 6-week departure date to 9 months, remaining vital, but increasingly less active toward the end. I lived 800 miles from her, and the bulk of her care during those final days fell on my brother and her best friend of many years.

But we kept closely in touch, for those pre-internet days. I called her almost daily. I visited her a few times. We talked; we talked about things that had hurt us, how we had hurt one another, as mothers and sons can. Having arrived at my father’s deathbed literally five minutes after he had lost the capacity for speech, I made up for that with my mother. I wanted to make sure that, in the end, there was nothing left between us that needed to be said but which wasn’t.

Finally, there was one night that she called me. We chatted as we always did, talked about my girls, and her little dog, and how she was feeling, and then about the next time I would fly out to see her. “I think you should come out sooner rather than later,” she said. She implied that it wasn’t of immediate urgency, but on the other hand, I shouldn’t dally.

After I got off the phone, I began making reservations, but never got to use the ticket. Before I left, something ruptured, she started bleeding internally, it couldn’t be stopped. My brother and her best friend were at the hospital with her. She waited until my brother went out to get a sandwich, took her last breath, and died. She loved my brother. She didn’t want to make him watch her die, though in the end it appeared painless, her friend said.

All through those last months, my mother and I had talked about her death, until it was as commonplace a subject as any other. Barely over five feet tall, nothing but taut muscle and sinew, my mother was no more scared of death than she was of the grocery delivery boy. She wasn’t hiding her fear from me, remember, this was past the time of loving deception, all we honored between us was honesty. She just was not scared.

She was relatively certain that some aspect of her would carry on in some form, but how and in what way was a question she couldn’t answer until she got there. My mother, always the practical woman, decided that it was therefore not worth worrying about. One thing I did know was that there was no Christian fear of hell or of judgment in her mind. And even if she was judged by some unempathic entity, she was unconcerned. She’d done the best she could with what she had. Who would ask for more?

During those months and hours of talking, her attitude, her courage in the face of the unknown, impressed me. And I found, when her time came, that her fearlessness had passed on to me, that her unknowing confidence had seeped into me, as she no doubt hoped it would. Not that I had no grief or sadness; I had those aplenty. But when all was said and done, the house packed and the last trip to Ohio completed, I realized that dying was something that no longer concerned me. Not personally, that is. Fast or slow, painful or painless, it doesn’t really matter. Death is something I have to do, so like my mother, I’ll just get on with it when the time comes.

But when you no longer fear death, it changes how you live life. Not that you live in hedonistic nihilism, like there is no tomorrow. Not that you get up every morning determined to live fiercely today as if it were your last. But if you’ve lost your fear of your own death, you’ve lost your fear of a lot of other things as well. It didn’t all come overnight, and there have been some big hurdles and roadblocks that I’ve put up for myself along the way. But it is all so very different now. When big problems knock on my door, it will all work out in the end, I tell myself, and if it doesn’t? Well, then there’s the big-E End, and that will work out for sure. I don’t really know what will happen afterward either, though I have some guesses, too.

What is left is today, and whatever tomorrows there are going to be. I can love and laugh and cry and hurt and get angry, and I will go on doing that for whatever number of todays there are. And that’s as close as living for forever as you can get.

I don’t remember the trip to my mother’s grave as well as I remember that of my brother’s. As I look back at the memory in my mind, it is clouded and misty, as all I could see was through was tears.

But what I do remember was that her casket was as light as a feather. Whatever had been there was already gone, scattered to the wind and blowing through the trees. She is gone further than my eyes will ever see. And that’s ok, because before she left, she gave me today.