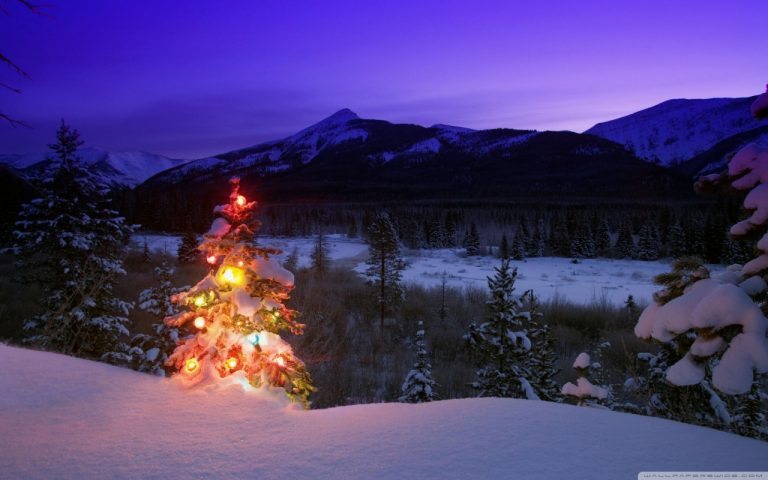 Twenty years ago, I would have been spending today behind the wheel of a car wending its way across the Alleghenies, driving my wife and children to spend Christmas at my parents’ house. As day gave way to night, the kids would marvel over the appearance of houses dressed in their twinkling Christmas best, sudden oases of light in the dark mountains. They would ooh and ah and excitedly discuss the finer points of architectural holiday apparel. “More is better” appeared to be the universal sentiment among the younger set.

There was magic in those trips; the magic of a young family being formed, the magic of returning to one’s ancestral home, the magic of the unlimited possibilities of a future yet to unfold.

Today differs so much from those memories that I wonder if they belong to the same man. Today instead of looking forward to some rare and cherished time with my parents and delighting in my children’s joy and excitement, I sit at the dining room table in a house occupied by only my wife, myself, and two dogs with behavioral issues. One daughter is in her London flat under tier 4 lockdown, the UK’s response to a viral surge of a new and more dangerous strain. The other daughter, a teacher, is extremely socially distancing herself in order to protect her young charges. I’m the last man standing in a family of origin mostly long gone to the dirt into which we all eventually descend. And as I look around, I see not cheerful Christmas lights but a world all but crumbled under the forces of disease, corruption, and economic disruption.

I search in vain for that magic I once felt. The story of that young family has now been told and my pen handed to the next generation. The limitless future gradually narrowed down from what could be to what actually was. As usually happens, the gulf between the two widened, the intervening chasm deep.

As I am not a Christian, the parable of the perfect child born on the morrow is of little solace. To be quite honest, Christmas was never a particularly important holiday to me. Raised by an atheist father and a mother with a wandering spirituality not unlike my own, childhood Christmas was a secular affair, bounded by reel-to-reel tapes of classical holiday music and my father’s running commentaries on Plato, Kazantzakis and Korzybski. I didn’t develop an affinity for the holiday until the arrival of my own two children, who themselves weren’t being raised Christian but who absorbed and reflected the excitement of their peers and the culture around them. As they grew up and left, so, it appears, did my own Christmas cheer.

I know I’m not alone in this. The feeling that one’s time has passed is common in men of a certain age. You sit, passing along advice of uncertain provenance that is largely ignored, snorting in indignation at the world’s failure to heed your wisdom and silently despairing in the knowledge that things weren’t supposed to turn out like this. They weren’t. I dreamed of a different world when I was younger.

Some things remain constant, though. What the world needs now/Is love, sweet love sang Jackie DeShannon 50 years ago, and that’s as true as it ever was. Perhaps more so, in my little neck of the woods. It has been a refrain of my Taoist sifu over the past few years, as he has taught his students to slowly drop the mirage of differentiation. All anybody really wants, he repeats until we have the ears to hear it, is to be loved. Even if they act in a hateful way. And that’s one truth that can be spoken.

And even if the future did not turn out the way I wanted, it has without a doubt turned out the way it should. That’s another thing I have learned while studying the Tao. Without error and without effort, the universe is exactly how it should be at every moment. Any discrepancy is simply a failure of perception on my part. Perhaps when viewed from my microscopic perspective, the world is wildly out of tune. But that’s only because I’m only listening to one section of the orchestra. I’m not able to hear the whole symphony.

The cure is as simple as the cause, though more difficult to implement. Widen your view. Widen your perspective to take in what is new as well as what is old. Could it be that Cardi B’s “WAP” speaks a truth every bit as important as Jackie DeShannon’s? Is the crippling corruption and selfishness evident throughout our society right now equally as important as the lovingkindness it smothers?

And, frankly, the uncreated future of which I dreamed hasn’t ended. After all, in the self-empowering words of Monty Python, “I’m not dead yet.” No, I’m not. And just as the universe is exactly as it should be right now, so am I. I am exactly what the universe needs right now to be complete.

And as I take that thought to the window, sipping my coffee and looking at the rainy, grainy gray outside, I know that this Christmas is as promising, as full of hope as any other I have experienced. What you can’t see doesn’t mean it isn’t there.

My love to you all.