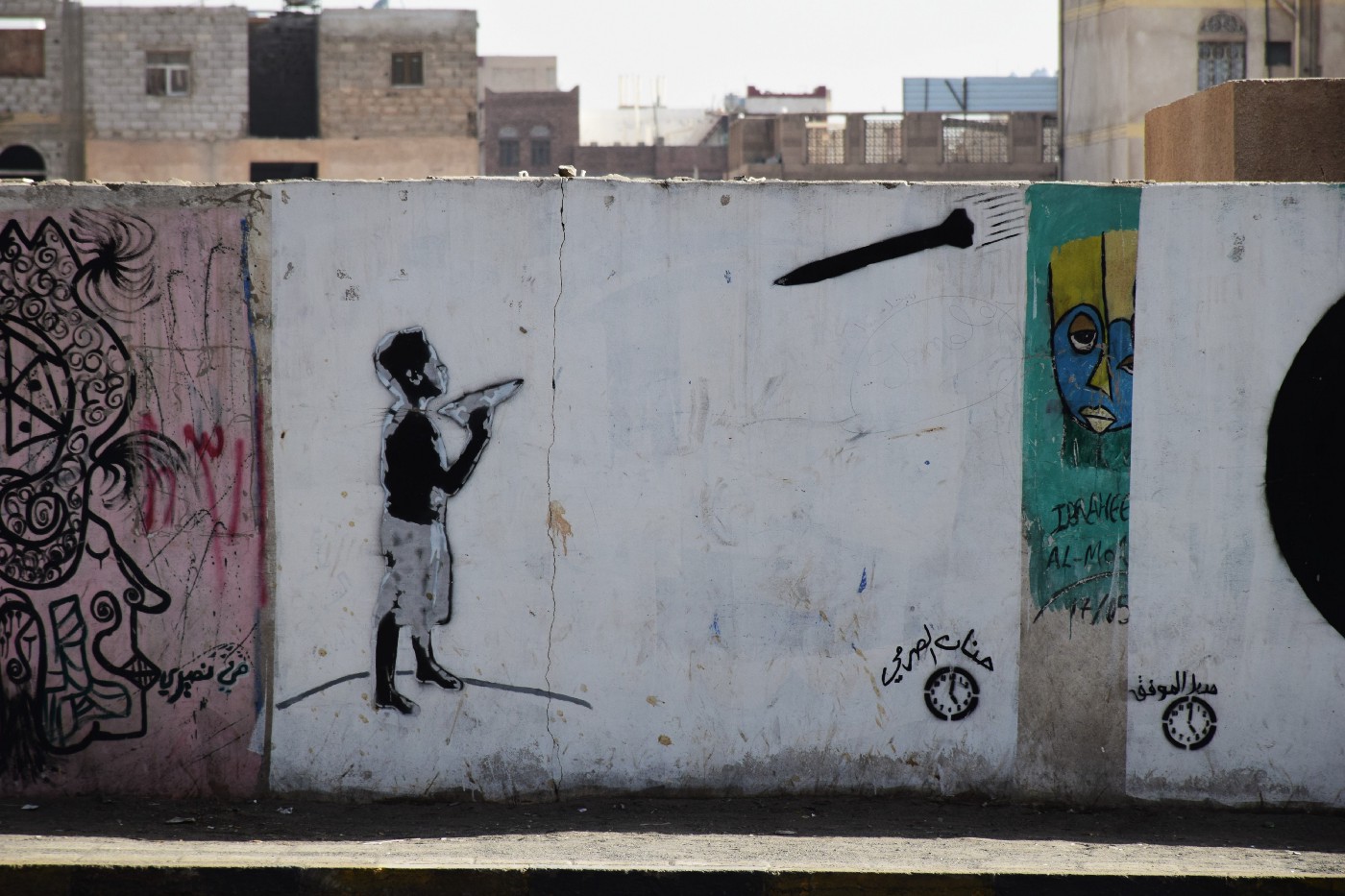 There was a time, during my youth and early adulthood, that I had only a one-word response to any conflict, a loud and forceful “NO.” In a lot of situations, there’s nothing wrong with a strong “NO!” as a means of stopping aggression. It’s a word whose delivery everyone should practice. But while that word had been useful in my formative years, as a boy and young man facing larger bullies, as a response to conflict in other situations, it lacked a certain capacity for nuance.

After all, it’s not only bullies looking to humiliate you that result in conflict; you can get into arguments with bosses, significant others, family members and friends, and for many of these situations, a loud, aggressive “no” is not the appropriate response. “No” stops things. “No” puts the brakes on processes that often need to occur in conflict, processes that lead to outcomes which could be desirable for both participants.

But as a young man, I didn’t know that. I knew that “no” kept me safe and out of trouble, and that was really the only response I had in a conflict. As a result, girlfriends tended to find me “hardheaded.” Work relationships could become fraught as well. In those days, I worked in a high-conflict profession. Because I had to frequently swallow my “no” to ensure I had a job the next day, long-held frustrations would eventually boil over.

It wasn’t until I was well into my study of aikido that I realized what I was learning at the dojo was not just an assemblage of techniques for responding to physical attacks. I was learning an entire philosophy and vocabulary of conflict. I was learning other words in addition to “no” that I could use in disagreements, physical, verbal or emotional.

I was also learning — and this is equally important — a certain selflessness in conflict. And by selflessness, I don’t mean it in the giving, loving, kind sense. I mean it in the direct sense of a lack of self, a no-self that allows you to focus in an objective, unemotional way on whatever you feel is attacking you.

When I began training in aikido, I would keep my awareness focused intently on the hand, stick, or sword that was trying to strike me. As I began to master the techniques of coping with the attack, my attention shifted to a slightly broader focus, to that of the attacker’s body. By placing my attention there, I became able to incorporate information about my attacker’s line of force, speed and direction into my calculations, allowing me to begin blending with the attack in a way I could not before. Most recently, my focus has shifted again — or, more accurately, diffused. I now “see” the attack as I look beyond the attacker with an unfocused gaze, my mind captured by nothing and taking in everything. Now, at last, I have the capacity to meet my attacker on his grounds with my intent.

This corresponded to an increasing range of physical responses. At first, I had “no.” Then I added “left, right or down.” Now, I have “I’m sorry, but nobody is here right now,” along with a host of adverbs and adjectives, modifiers that amend my response, tailoring it to an exact fit for the situation.

Outside of the training space of the dojo or the unlikely occurrence of a street brawl, the importance of what I’ve learned physically is how that has morphed into a more comprehensive emotional response as well. Spousal disputes — and when two people who are warriors at heart marry, you’re going to have them — become less emotionally destructive when both of us engage in creative conflict. As do conflicts with business associates, employees and others.

In a worst-case scenario, when a strike reaches its intended target, I can choose to simply not be there. Sometimes being non-reactive to a verbal or emotional attack is the best response, allowing the attacker to expend their energy fruitlessly, and then, the smoke having lifted from the battlefield, negotiations can begin.

Sometimes, however, non-engagement only serves to increase the attacker’s ferocity, in which case other tactics are in order. A counter-attack, however, is not one of them. That’s part of the beauty of aikido, as it has no counter-strikes, no offensive moves. Yes, a punch or a kick may be administered as part of a defensive action, but that is only as a protective measure; and again, techniques may be done with or without such amenities, allowing you to control the level of the conflagration, even in the middle of a firefight.

So you redirect the aggression. Turn it toward the door, or the window, or redirect it back at them, allowing the attacker to experience the noxiousness of their own energy. Help them to leave (literal defenestration is not required) by the exit closest to the aim of their attack, giving them a chance to think things over before resuming hostilities. Often, this will turn down the heat enough that the conflict can then be resolved.

How do you learn these emotional techniques from training physical techniques in the dojo? Even having experienced the process, I can describe it no better than being some form of alchemy, where the physical activity rewires the circuits of your brain.

Certainly part of it is just being swung at. If you figure that on a typical night in the dojo I’m dealing with anywhere from 50 to 100 shots to the head, at some point being swung at loses its emotional gravity, and it’s just another fist in the air.

Another part is a sense of competence. If you feel competent in an activity, your fear of participating will decrease and your need to “prove yourself” will evaporate. This is important, as conflict makes up a small part of most people’s lives but can consume vast amounts of emotional resources.

The last part comes not simply from training in conflict, but specifically in the martial art of aikido. Aikido opens your mind to a third path of conflict; one where there is no winner, and no loser either. When you throw someone on the mat, you aren’t beating him; you aren’t somehow superior to her; you are simply taking their balance, which they offered to you in the attack, and moving it a few inches north, south, left or right. And you will have your turn to be thrown as well, a time in which you realize that to roll in response to your partner’s throw is protecting your own integrity, ensuring your safety for yourself. Self-care in the midst of an attack on someone? Well, that’s a novel thought. And there it goes, from your muscles, joints and sinews to the synapses of your brain.

These days, in this world, it is increasingly hard to avoid conflict. Hard not to provoke others or be provoked by them, while we’re all involved in a game of high stakes poker that determines the fate of ourselves and the larger world. We cannot end conflict, nor can we avoid it; in truth, conflict is a necessary tool for advancement, but only works if wielded wisely.

Dr. Avery Jenkins is a chiropractic physician also practicing acupuncture and clinical nutrion in Litchfield, CT. He also holds a 2nd-degree black belt in the martial art of aikido. www.averyjenkins.com