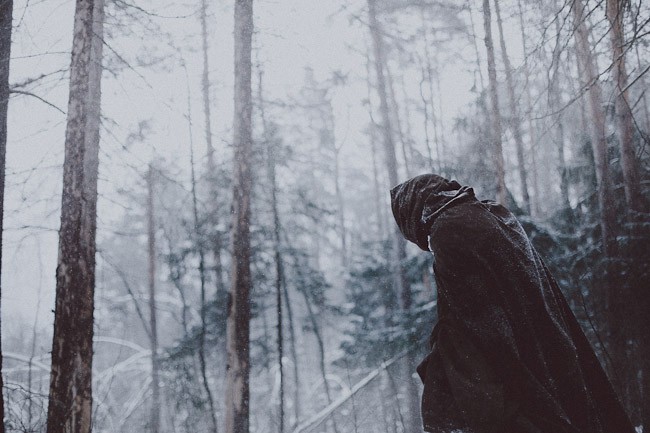 Nobody knows exactly what lays beyond death. Atheists would argue that the death of the body is the death of the self. Buddhists cogently propose near-endless rebirth until the energies of attraction (to the material world, to the senses, to the self) are expired. Jews are closer to Atheists in their belief that when it’s over, it’s over. Pagans believe — well, Pagan beliefs can be all over the place, but often it is agreed that a soul exists independent of the body.

What almost nobody denies is that there are times in everyone’s life when it seems that death brushes up against us. It can be that cold chill that raises our hackles in certain situations or the sense of connection with a deceased loved one that we may feel for a few seconds. It may be an Arrakian adab, that demanding memory that comes upon you of itself, triggered by a look or a smell.

Whatever form it takes, it is a reminder that the distance between here and there is razor-thin. We are truly only a few breaths away from our ancestors.

Such thoughts have been on my mind much of late, as I have been gearing up to experience, with joy or sadness, a number of passages.

In a short couple of years, I will be reaching my 60th birthday. And while you might say that a couple of years is, after all, a couple of years, I might also remind you that, at my vaunted age, a couple of years feels like it is just a tad longer than a Red Sox inning. And as I look toward that day, I know that I should begin to shuck off the armor of the Warrior that I’ve worn most of my life, and try on the robes of the elder and the sovereign, but I’m finding it hard to do. I have callouses, and the clothes don’t fit.

And I cannot think about my own aging and mortality, without looking down at my feet, where I will usually find my dog. The Old Guy has been at my side, through thick and thin, for almost 14 years. He is part of the blood and spirit of my family, but his days, too, are numbered. I have to carry him up and sometimes down stairs, and get his attention with a tap, because he neither hears nor sees too well. Some days he cannot even stand up without help. His passage will come much sooner than I’d like.

Nor can I consider being side by side through thick and thin without mentioning my wife, to whom I’ve been married , as of today, for a full quarter-century. I can’t say it’s always been easy — if you put two fighters toe-to-toe for a couple of decades, you’re going to get some sparks — but there’s no one else I would rather have spent those years with. During that time we’ve made a home, raised children, held tight through loss, fought, cried, made up, and at this point I can’t imagine life without her. I wouldn’t want a life without her in it.

These were some of the thoughts that were quietly flowing through my brain this weekend, as I sat in the living room of a borrowed Cape Cod house where Dear Wife and I had come to celebrate our long-ago vows. She was getting ready for our day’s adventure and I was looking out the sliding glass doors without seeing.

Or at least I was until the puppy called for my attention. Unlike the Old Guy, Puppy has all of his senses intact, and more excitement than a busload of 10-year-olds at Disneyland. His voice and look told me something was weird and he wanted to take a closer look at it. Maybe.

I got up and peered out the glass door, and saw that a couple of half-deflated balloons had landed on the lawn. I let Puppy out to take a closer look, and he charged, then deflected, then proceeded to dance around the grounded balloon set like it was a wounded, but still dangerous, deer.

I laughed, and called him off, and noticed that one balloon said “Happy Birthday!!!” while the other was a yellow smiley face on a Mylar silver background.

And something was tied to the ribbons, and it was that weight which was holding the balloons to earth. I extracted the notes from their knots, and passed off the balloons to Dear Wife, who wanted to make sure they didn’t drift off to sea and choke a dolphin.

They were in Spanish, and both began with “Abuelito…”

A few minutes with Google’s translator, and I fathomed that these notes were written to a deceased grandfather. “We miss you very much,” they said, and “we love you!” One of the notes had an angel drawn at the bottom.

Hitched to a balloon, the notes had been sent to heaven to reach the girls’ loved one. Failing that, the notes had reached me. The task could not be clearer. Apparently, I’ve been placed in charge of making sure they get to their destination.

It’s a grave responsibility. One does not hold lightly the hearts of two young girls and the fondness of a grandfather. But seeing that these messages are delivered is a task that I feel oddly well-equipped for. Perhaps it is my growing awareness of my own mortality, the slowly diminishing number of breaths in life, that make me suitable for the job. And I certainly cannot say that Death is exactly a stranger to me; he’s made himself rather more comfortable in my life than I would have preferred.

But perhaps, more than anything else, it is the long walk into myself over the past 30 years that has prepared me to take up these notes and carry them. For the road to the Ancestors is long, and often dark, and the way is not simple. The only light upon that path is the light of the Self, and your only guide is the wisdom that your time has offered you and the allies you have collected on the way.

And the message itself couldn’t be plainer. It’s simply love.

In truth, I have been given, not a task, but a gift. We should all have the opportunity of carrying such a message, for all of our lives.